The port of Manzanillo is made up of two separate bays, divided by the Peninsula of Santiago. Villas Los Angeles is located on the Peninsula de Santiago On the right is the Bay of Santiago, followed by a smaller notched-out area, known as Playa La Audiencia.

On the left-hand side, is the Bay of Manzanillo, both bays are more than five miles long and the Bay of Santiago offers a variety of water sports activities.

Manzanillo Bay was discovered in 1527 and it became a departure point for many important expeditions. Hernando Cortes visited the bay twice to protect his galleons from Portuguese pirates. In 1873 it gained city status and a railroad to Colima was completed in 1889. Other amenities, such as electricity and potable water soon followed.

It was even the state capital for two weeks in 1915, while Pancho Villa's troops were threatening to capture the city of Colima.

In recent times, the harbor has been modernized and deepened, allowing access to all major shipping lines from around the world, and it has become the busiest sea port in Mexico.

Manzanillo is often touted as the "Sailfish Capital of the World," made famous by the fishing tournaments held in November and February with prizes worth thousands of dollars. Anyone can charter a boat and enter. 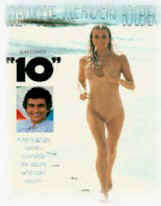 Then, in 1979, Bo Derek and Dudley Moore starred in the popular movie, "10," filmed at the Las Hadas resort and La Audiencia beach. Other movies done at or near Manzanillo include the remake of "McHale's Navy," and "I Still Know," (the sequel to "I Know What You Did Last Summer"). 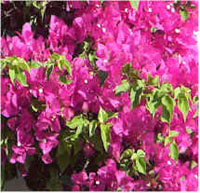 Manzanillo's pristine beaches and exclusive resorts have been featured in "Lifestyles of the Rich and Famous," and numerous celebrity golf tournaments have been held here. The Las Hadas Golf Course has been named as being among "the 100 greatest in the world" by Golf Digest magazine, and the finish destination for the classic 2,500-mile San Diego to Manzanillo Yacht Race is at the Las Hadas 70-boat marina.